President Donald Trump said in a tweet storm Friday morning that he is in no rush to finish trade negotiations with China and that tariffs “will make our country stronger.”

“Talks with China continue in a very congenial manner – there is absolutely no need to rush,” the president said in one tweet.

The tweets came hours after the U.S. increased tariffs on $200 billion of Chinese products from 10% to 25%. China’s Commerce Ministry said immediately after the midnight deadline for the tariff hike that it would retaliate against the American move.

Trade talks are set to continue on Friday despite the tariff increase.

Trump said in his tweets that in addition to hiking tariffs he will continue to negotiate with China in hopes that they do not again to to “redo” a deal. That referred to his earlier assertion that China had backtracked on nearly all aspects of the trade deal.

Stock market futures danced as Trump tweeted Friday morning. Trump deleted the original tweets, including the one that referenced ‘no need to rush,’ but then repeated them, adding to the market volatility.

The White House could not be reached for comment on why the tweets were edited.

Trump also said the tariffs will make the country “much stronger,” and used the situation to take a shot at former Vice President Joe Biden, the front-runner in the race for the Democratic presidential nomination in the 2020 election.

Trump later in the tweet rant defended the tariffs saying that “tariffs will bring in FAR MORE wealth to our country than even a phenomenal deal of the traditional kind.”

After a troubling week for stocks, where the Dow Jones Industrial Average has lost more than 650 points and the S&P 500 has lost about 2.5%, all the three major indexes are set to open lower on Friday. 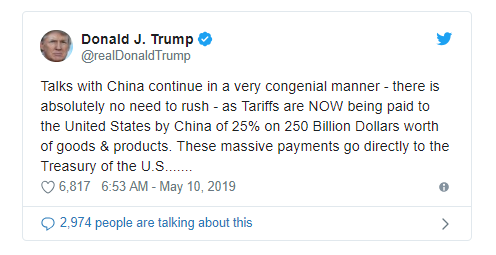 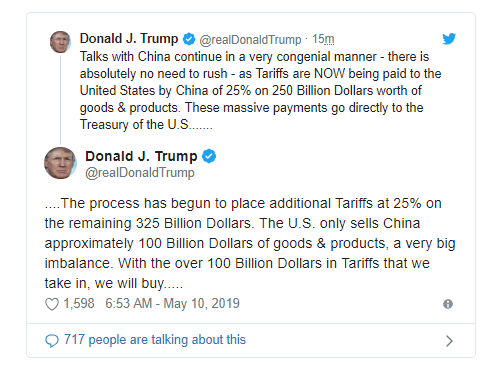 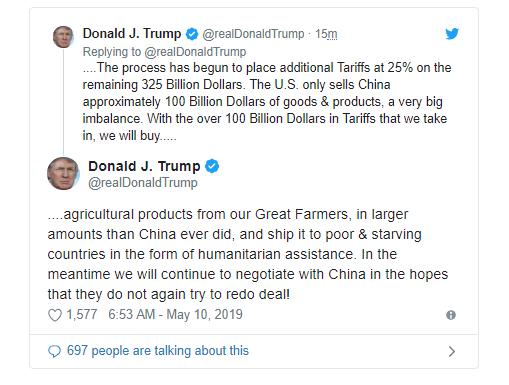 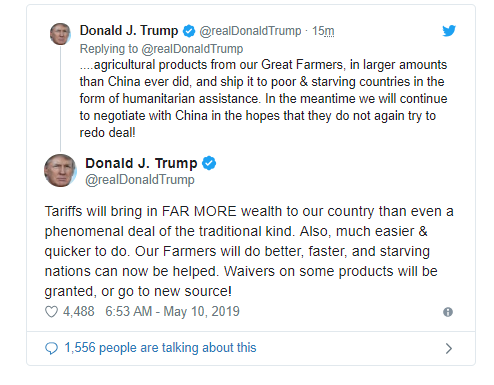 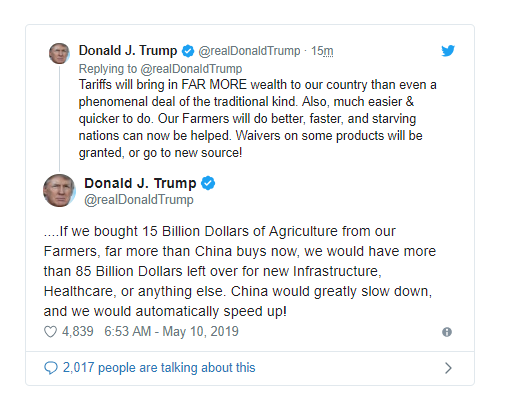 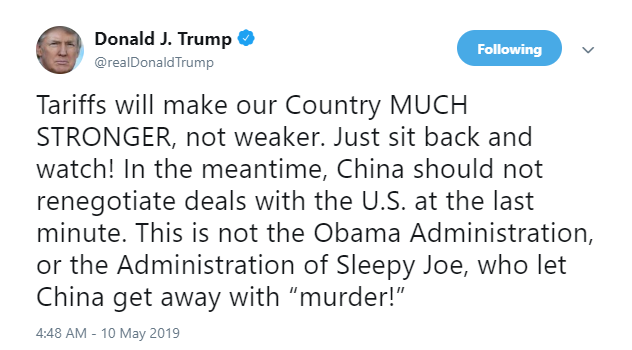 Correction: An earlier version misstated the new tariff percentage on Chinese goods. It is 25%.

U.S. raises tariffs on $200B worth of Chinese goods as trade talks continue – CBS This Morning