African migrants sitting in a shelter at the Tariq Al-Matar migrant detention center on the outskirts of the Libyan capital Tripoli, on Monday. 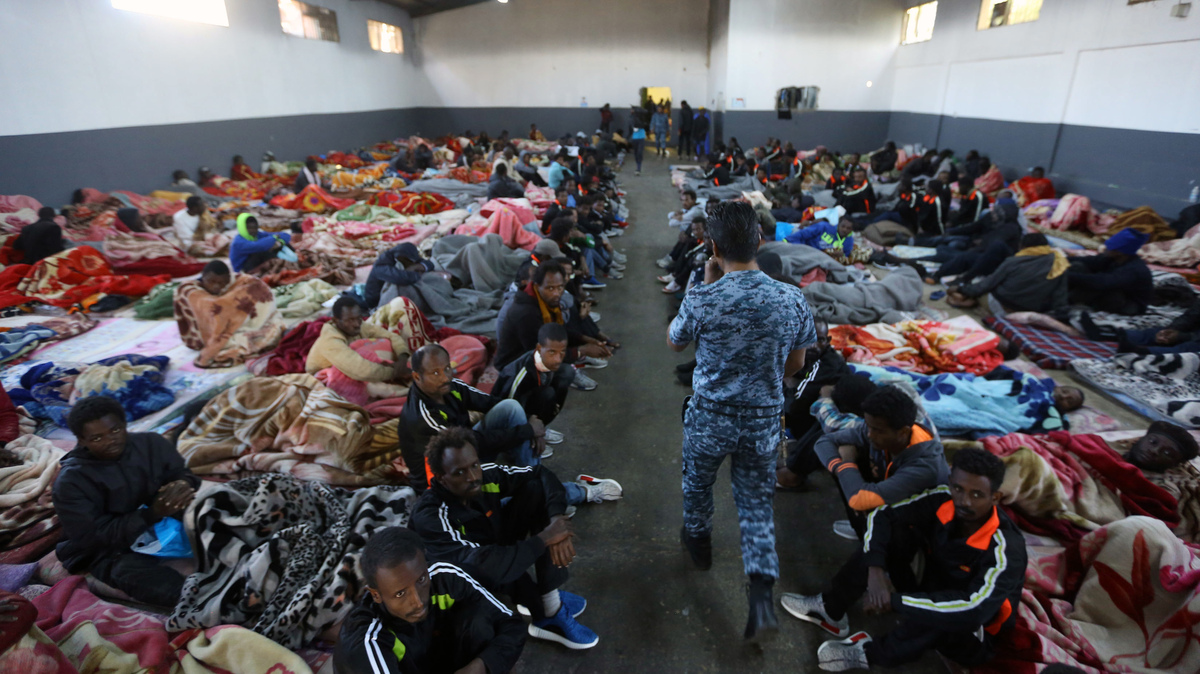 African migrants sitting in a shelter at the Tariq Al-Matar migrant detention center on the outskirts of the Libyan capital Tripoli, on Monday.

European governments aiming to stem an exodus of refugees from Libya have been knowingly complicit in the abuse of would-be migrants held in detention centers in the North African country, according to Amnesty International.

In a new Amnesty report titled, “Libya’s Dark Web of Collusion,” the authors charge that “European Union (EU) member states – and Italy in particular – have tried to keep migrants from crossing the Mediterranean … with little thought, or seeming care, for the consequences for those trapped in Libya as a result.”

Libyan law criminalizes irregular entry, stay and exit. “The lack of any judicial oversight of the detention process and the near total impunity with which officials operate, has facilitated the institutionalization of torture and other ill-treatment in detention [centers],” the report says.

The collapse of Col. Moammar Gadhafi‘s government six years ago and the lawlessness that has followed has led to Libya becoming a conduit for migrants from across North Africa who want to try to reach the EU by boat. Those intercepted at sea are returned to Libya. However, the Libyan coast guard is often working in tandem with criminal gangs and militias that in turn traffic the refugees.

Amnesty says currently about 20,000 people are detained in the centers in Libya.

“Despite being fully aware” of the problem, “European governments have [implemented] migration-control policies that, by reinforcing the capacity and commitment of Libyan authorities to stop sea crossings, are trapping thousands of women, men, and children in a country where they are systematically exposed to abuse and where they have little chance to seek and obtain protection,” according to the report.

As NPR has reported in the past, there have been numerous incidents of both mass rescues and mass drownings at sea involving overcrowded boats trying to cross the Mediterranean. Many refugees hope to reach the Italian island of Lampedusa, because of its geographic proximity to the North African coast. Those who make it try to move on to either mainland Italy or another EU country.

In one 36-hour period last year, 10,000 such refugees were rescued in the Mediterranean.

As NPR’s Rebecca Hersher reported last year: “The Libyan navy, controlled by a fragile new government and supported by the European Union, has been cracking down on vessels leaving from its coastline, and imprisoning thousands of people for attempting to leave through its borders.”

Moreover, earlier this year, Deusche Welle reported that the Italian navy would begin joint patrols with Libya to curb the exodus by sea.

“Following the provision of ships, training and funding from the EU and Italy to the Libyan coastguard, the number of arrivals to Italy fell by 67% between July and November [2017] compared with the same period in 2016. Deaths at sea have been reduced commensurately,” The Guardian reports.